The best photography locations in the USA at private spaces 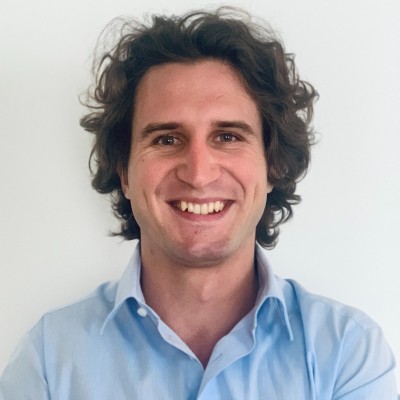 Running out of photoshoot ideas or locations? That can happen to the best of us. After all, there are only so many places you can realistically photograph from. Certainly depending on which style of shooting you do – it’s more of an issue if you’re an urban photographer with a thing for the best skyline views in New York, for example. How many high-rise spots do you really have access to? On top of that, coming up with new and original content is often a challenge. In the age of social media and digital portfolios, creating that fresh content is more important and competitive than it has ever been.

It's not all gloom and doom, of course. The USA is practically the size of an entire continent, which means there are immense possibilities for shooting some incredible photos. New York City is the most obvious choice for the urban photographers out there, needless to say why. Filming locations and pretty gardens aren’t necessarily hard to get - you just need to find the right places. Preferably the ones that nobody else has found yet. Once you happen to find them, all those photography tips you learned can be put to good use again. Let’s explore how Viewnary can help you on your photography journey.

Are you a photographer in New York City? Just in town to visit? Whether you’re a professional or amateur, the city has lots to offer. The problem is that, if you want some great cityscape shots, you’re limited in terms of places to shoot from. In fact, this goes for pretty much any high-rise city. Let’s say you want a photo of the Empire State Building by night. If you want a clear shot, you’re restricted to observation decks like Top of the Rock Observation Deck. The Edge Observation Deck and One World Trade Center Observation Deck don’t even have a good view of the Empire State Building – it’s too far off. Not to mention the observation decks in NYC are packed and not ideal for a photoshoot like that. Long story short, you’re limited to suboptimal observation decks. You might be thinking of going up to rooftop bars in New York instead. There’s quite a number of those at the end of the day. But again, those aren’t the most peaceful environments to get a photoshoot session in – you’ll have a lot of people in the way. You can also bet that the staff won’t let you just walk up to their bar to take a photo or two and then leave. Buying a drink or anything else on the menu will be your only ticket up there. The good news is this: if you want to plan a photoshoot in New York and get some amazing skyline photos, there are newly-launched private spaces available. No queues or people in your way – it’s just you and your camera.

Skyline view apartments are hot items, especially in the Big Apple. Have you ever done a photoshoot in New York from a private one? Regardless of whether you have or not, there’s a brand new private terrace with unobstructed views of the Empire State Building and Manhattan’s skyline that you have to check out. Even though you’re right in the heart of Midtown, being up there on that private terrace feels as if you’re in a different world, away from the city’s hustle and bustle. The high-rise offers 180-degree panoramic views of the Manhattan skyline with some of its hallmark buildings. So, if you’re in need of New York photoshoot ideas, this spot should be on your checklist. There’s a ton of different angles you can take for this shoot. Another cool thing is that the cityscape’s look almost seems to transform during different periods of the day. Whilst you can take the usual route and get awesome daytime shots in, we highly suggest getting your camera out during the golden hour time. Golden hour light, both sunrise for the early-birds and sunset for the night owls, is guaranteed to give you spectacular views. Not only that, if you’re looking for filming locations in New York for your next video-shoot, this private terrace is worth trying. New York filming location in the heart of Nolita

On the topic of video-shoots, there’s another place you can check out too. Located in the hip and popping Soho East, there’s a private, stunning rooftop in Nolita with sweeping Manhattan skyline views. The 2300 sq. ft open-air rooftop is fully furnished, featuring comfy lounge seating, a dining/meeting table and lounge chairs. A Bose Keynote Sound System is installed too. So, whether you’re filming with a few people or a larger crew, this airy space will provide plenty of room for a fun shoot. The surrounding buildings are of typical Little Italy style, which radiates a quaint vibe that’s versatile enough for many types of filming. On a side note, if you’re thinking of romantic date ideas in NYC, this is a private venue that will surprise and impress your partner. How about a get-together with your best friends for a golden hour drink? You got it. Talk about an all-in-one private rooftop.

Would you rather photograph a picturesque garden than a concrete jungle? Well, there’s a new, tropical photoshoot spot in San Francisco for you. We’re talking about a serene Japanese Zen garden lined with exotic plants and a Koi fish pond. And no, it’s not a public garden. On the contrary, this private space is available exclusively for the Viewnary community. Located just outside San Francisco, in Emeryville, the green sanctuary is nestled at the back of a 1910 Craftsman house. The natural colors you will get on camera are of a broad array; anything from bright pink, crimson and emerald green to beige and chestnut brown. To contrast those lively colors are fossil and stone grey tiles that form the pathways throughout the Zen garden. As a bonus, let’s not forget about the tropical Koi fish that are ornamentally shaded as well. Finding them in a private setting is rare, so be sure to use that to your advantage. After, before, or during your photoshoot, take a minute to get lost in the lush  greenery. Lie on the hammock and relax – or bring your favorite book to read on it – or take a stroll through the unique garden. It’s also perfect for a refreshing meditation or yoga session. Places to photograph in San Francisco are plentiful, but a place like this isn’t. Your Instagram followers will love it. Looking for the best views? Sign up today and book a unique view.